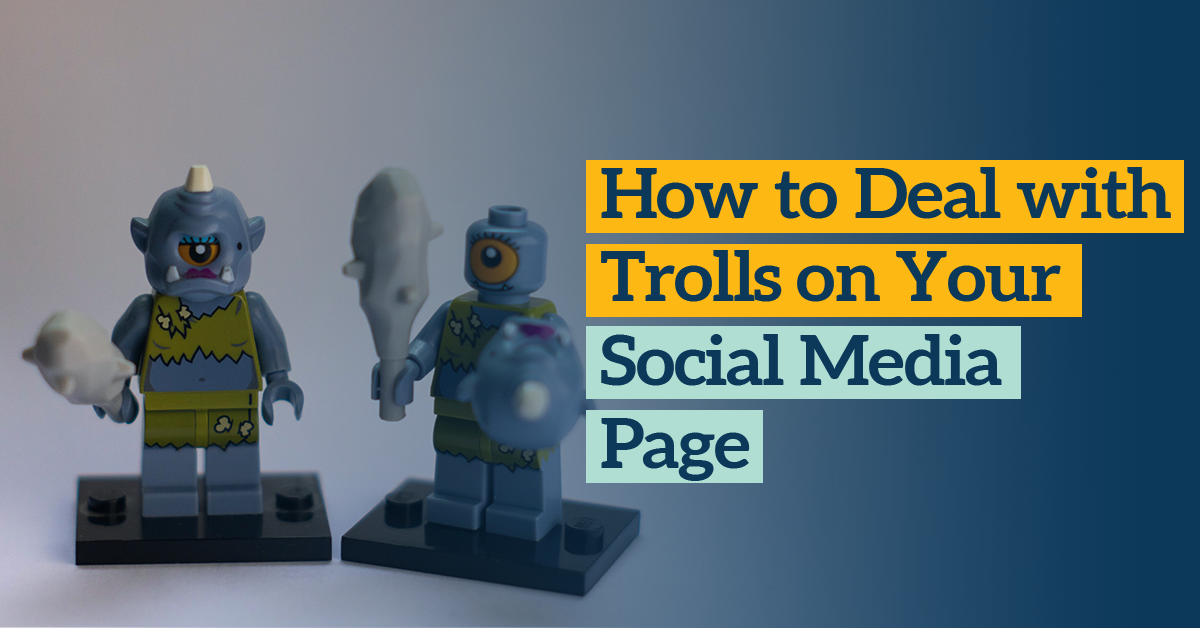 But what happens when you get one of those trolls that just won’t quit?

What happens when one or more trolls almost ruin your brand’s reputation or image with a few seemingly innocent comments?

It’s a good thing you have a comprehensive list below with explanations, tactics, and best practices for dealing with online trolls and avoiding online drama.

What Is an Internet Troll?

An internet troll is someone who provokes, judges, or defames someone for their own amusement and enjoyment. They use extremes and superlatives, words like “never,” “everyone,” and are tireless in upsetting others. Their trolling is not typically targeted towards one specific person, but instead relies on capturing the attention of many others and provoking them.

Trolls often have an (erroneous) high expectation of what it means to be successful, usually higher than they’re able to attain. This results in them resenting others who they perceive as successful but fall below their perceived standards. Ultimately, mentally and emotionally, trolls are in a dark place, leading them to pick on those they resent (or feel other strong emotions for) through various methods. Studies have found that among the traits associated with trolling are sadism, Machiavellianism (a lack of empathy and a cynical disregard for morality), narcissism, and psychopathy.

You’ll often find that internet trolls misspell words and have grammar mistakes, use fewer positive words and more profanity (name-calling, use the latest trending insult, etc.), have a condescending tone, act entitled, and exaggerate. You can find trolls on social media websites, dating websites, online forums, the comments section of businesses or news websites, blogs, and other forms of mainstream media.

Trolls come in many forms – some trolling for personal amusement, others pushing a certain agenda. Below are some common business-related trolls, including:

The Difference Between a Troll and an Upset Customer

It may be hard to tell if you have a troll or an upset customer. Sometimes, they are one and the same. In time though, you’ll know the difference between an angry customer and trolls. A troll accuses without any concrete examples, doesn’t give details related to a purchase or subscription, and doesn’t look for a resolution. Contrary to this, an unsatisfied customer wants to be heard. Listen to them and find a solution to their problem. If you address and resolve it, they’ll stop bothering you. On the other hand, a troll won’t (unless they’re forced out or get bored).

How to Deal With Social Media trolls: A Guide For Businesses

For those pesky trolls that can’t seem to get a hint no matter how much you ignore them, below are some tactics to help you react in the best way possible and in the interests of your company:

Try to respond with kindness; be empathic

It’s harder to respond to hate with kindness, and some trolls make it almost impossible, but reacting with the opposite of what they were hoping for often stops them from continuing. Also, showing kindness rather than reciprocating hate says loads about you as a person and might reach someone who truly needs kindness at that moment.

Aggressiveness often comes from a place of fear or confusion. Although that might not be the case with all internet trolls, some may be experiencing that. Their ultimate goal is to make someone, anyone, upset or angry. Don’t be that person or company. Understand that trolling comes from a dark place, from someone who is unhappy or jealous of your company, blog, or social media page. You can only hope that they feel good enough at some point to stop trolling.

Ask for facts and sources

Trolls aren’t too keen to have meaningful discussions or rational conversations. They aren’t strong debaters most of the time, and their arguments don’t follow a series of logical steps. If you ask for facts or sources to back up their claims, chances are, they won’t have any. So every time a troll makes an ignorant statement, counter it with a polite request for facts and evidence.

If a troll uses false information, lies, or starts a rumor, react to the post with cold, concrete facts. Remember, trolls tend to generalize and exaggerate. Facts show that you can keep your composure and disprove the argument in a clever way. Although, if a real problem needs to be addressed or your company made a mistake, take accountability for it and extend a heartfelt apology with a solution to the issue.

Laughter is kryptonite for trolls. Their goal is to make people angry, not make them laugh. Use humor to deflect their rudeness and crass. It humanizes your brand and creates a more positive atmosphere in your community. Plus, it makes you more popular when people start sharing your clapbacks! For inspiration on how to fight back with humor, take a look at @Wendy’s Twitter.

When Wendy’s shared that they introduced a new salad to the menu, some trolls took to the company’s Twitter to share their thoughts. Wendy’s clapped back with humor.

Sometimes, trolls take things too far and resort to threats or hate speech. If a troll starts clogging up a thread, you may report them to a site’s moderation team. Different social media platforms also allow you to report an abusive thread and include block, ban, and unfollow options, so you don’t have to hear from them. Groups tend to have a “report to admin” function, which is typically more efficient than other means of silencing a troll.

Build a community around your brand

Build a healthy and friendly community around your brand. When you respond to trolls with kindness or humor, your community of followers or loyal customers will jump to help you with critical discussions. You’re essentially setting an example for how anyone else should handle trolling situations. After a while, you may not even have to intervene at all, as your community will sort the trolls out themselves. By creating a community of respect and support, you’ll make life for trolls difficult, and they’ll move on somewhere else.

Gabriela Bejan Amarie, founder of Digital Tailors, says that “online communities are like a volcano that you never know if it’s dormant or about to erupt. The best thing you can do to manage your communities is to have a set of good practices and guidelines for people to follow. Spontaneity is essential in social media, but not when we talk about trolls that can push even the most empathetic and patient of people to their limit. What we do for our customers is we always have a guide for crises, with a set of steps to be followed with response time included, so that our colleagues do not become excessively emotional and cause more harm to the brand they care for.”

Since trolls find provoking someone amusing and instigate an online battle to seek out emotional responses, by replying to them or attempting to debate with them, you’re adding fuel to their fire and making them want to troll more. Instead, ignore them completely. They’ll become frustrated or bored and try to bother someone else. If ignoring them doesn’t work, refer back to the list of tactics above. Remember not to take anything trolls say personally or to heart. Trolls spend countless hours online trying to make people angry, and the more people they anger or annoy, the better. Don’t give them the opportunity.

Some more best practices include:

Check out this fun list of 130+ types of internet trolls.

Trolls have been around for as long as the internet has been around, ridiculing and aggravating their way through different websites and social media pages. They will continue to be around as long as they have a platform to do so. Don’t let them win, be better than the trolls. Keep it light, funny, professional, ignore them if you have to, but don’t ever allow a troll to ruin your business.

Oh, and don’t forget to read our tips on How to Use Social Media for Employer Branding.